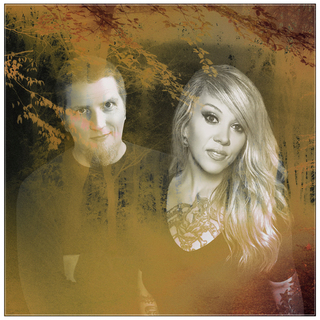 Originally forming in Northwest Indiana in 1999, Whimsical combines all the best elements of Shoegaze, Dream Pop, and Indie Rock mixed with our own sense of melody. Krissy Vanderwoude uses her voice and lyrics to tell intimate stories of hope and heartbreak, while Neil Burkdoll creates melodic backdrops to help bring Krissy’s words to life.

Whimsical’s third full length album, Bright Smiles & Broken Hearts, takes everything they have learned in the past while incorporating new production techniques all the while creating an even more original sound that could only be from Whimsical. Inspired by big studio productions of the early 90’s, the goal was to use the studio as an instrument and to write songs that would be almost impossible to perform live without the help of additional session musicians. While Krissy has always been very honest in her lyrics, Bright Smiles & Broken Hearts really shows a growth as she struggles with the highs and lows of life.

In addition to her work in Whimsical, Krissy has lent her voice to songs by Seasurfer, The City Gates, The Churchhill Garden, Airiel, Fir Cone Children, and Black Swan Lane. Neil has released albums with the bands Loveblind, Dirty Dead, Fatalist, and P.O.O.R., and remixes and production work for Static Daydream, Crash City Saints, and A Thousand Hours. After the release of Bright Smiles & Broken Hearts, Whimsical will soon be sharing remixes by Airiel, Blush Response, The Daysleepers, and The Churchhill Garden, as well as some exclusive B-Sides that were not included on the album.