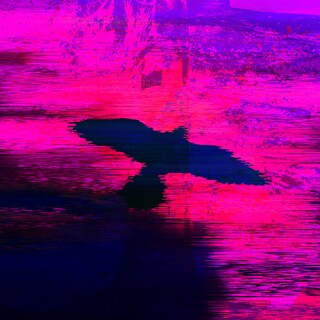 Ever since their first release, DavZ has always been experimenting with a large variety of genre styles. Their first large project, "DAVE Album", was an eclectic mix of influences and genres that set the stage for future releases to come. Ultimately though, it lacked a sound, a direction.

Their next project, "Exotic Spaces", was an upgraded album in the same vein as the first album. A tale of the listener exploring a variety of different 'exotic spaces' and sonic ambiences. It was met with great reception, the short run of 100 cassettes that were produced for the album sold out quickly and many different people attended the release party for the album that was held at the time. NewRetroWave described it as "an evolution in DavZ's unique style".

"Endless Paracosm" will be the third album releasing onto the discography on June 27th. This time, coming to vinyl and cassette (thanks to Midwest Collective), this album explores a lost traveller in a foreign world. A more self-guided journey than the last two albums, but definitely higher in quality. 11 pristine tracks are present on the album (8 on the record), which push the boundaries of what has already been published on the discography, as well as further pushing the chillsynth genre forward with a variety of different sonic influences.

You don't want to miss out on this new record, so pre-order "Endless Paracosm" on Qrates today and buy a cassette on Bandcamp before it's gone forever.