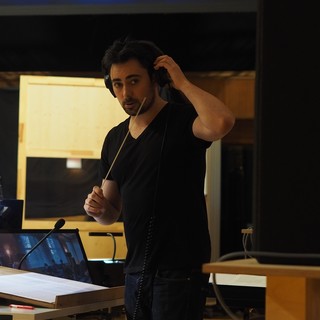 B i o g r a p h y​​
Over the last few years Kevin Penkin has developed into an exciting young voice in the video game and anime industry. His work such as Under the Dog and Defender's Quest, along with his collaborations with Final Fantasy composer Nobuo Uematsu have fuelled his young career into an eclectic range of projects ranging from Sci-fi Thrillers to Visual Novel adventures.
​
Kevin graduated from the Royal College of Music in 2015 with a masters in Composition for Screen. Since graduating he has collaborated with various orchestras and groups of musicians on soundtracks such as the F.A.M.E.S Project in Macedonia, and later this year the Synchron Stage in Vienna.
​
​
Current and recently completed projects include;
​
Made in Abyss
Under the Dog
Kieru
Necrobarista
Defender's Quest II: Mists of Ruin
Houn Maru (Rio Tinto 50th Anniversary Commission)

For a full list of works see the ‘Credits’ page.