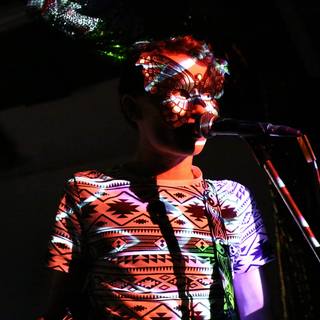 Robin Jax’s exploits as RobinPlaysChords have been built on a slow but steady sonic development. On the Teardrop Girl-Star EP, tremolo shimmers and jagged distortion embrace each other warmly. Robin sings words that beckon you closer, to come forward across seemingly impassable distances. Garnering comparisons to artists such as David Bowie and Patrick Wolf, RobinPlaysChords has previously opened for the likes of The Irrepressibles, Thomas Truax, Larsen and Opal Onyx.