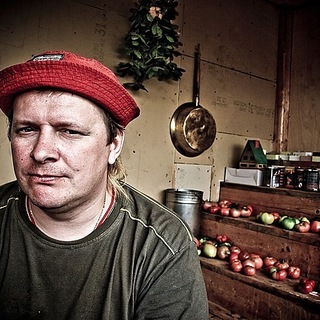 It's not Bo
0Projects
1993. Krivoi Rog. Ukrainian philanthropist Sergey Daraga offers Suslov Oleg, who worked in the Variety theater, to create a group to perform at the metal festival "Rock and roll Tavrichesky" in Novaya Kakhovka. At the festival "ENBO" performs with the groups "NOM", "YAYA", " TOK " and others. The performance is not quite successful, but the group receives an invitation to the acoustic music festival, held in Odessa, where it performs as a part of:
Oleg Suslov-vocals,
Anatoly Bogolyubov-guitar,
Andrey Lukyanov-bass guitar,
Dmitry Khudyakov-guitar, flute
Guests receive Igor – drums, percussion
Along the way, collecting all the prizes of the festival, namely: the Grand Prix, the best vocalist (Oleg Suslov) and the best instrumentalist (Anatoly Bogolyubov).
The band is joined by drummer Dmitry Mutalimov.
After the festival, an active concert activity begins in the cities and regions of Ukraine, namely Zaporozhye, Dneprodzerzhinsk, Dnepropetrovsk, etc.
Before the performance in Zaporozhye, Dima Mutalimov dies. The group goes on a binge for half a year.
In 1995, at the invitation of the organizers of the "Chervonnaya Ruta", ENBO performed in Dnepropetrovsk in the qualifying round and took 3rd place, giving way to the young and agile "Shao-Bao".
At this point, Sergey Dovgopolov (bass guitar) and Mach's drummer join the band.
Having received an invitation to work in the Dnepropetrovsk Philharmonic Suslov decides to finish his creative activity.
In 2004, Sergey Dovgopolov finds Oleg Suslov, who lives in Moscow, and offers to revive ENBO.
In St. Petersburg, "Studio 1" is recording the album "We are wide open" as part of:
Oleg Suslov, Oleg Lykov, Pavel Klyucharev, Oleg Pozhidaev, Sergey Dovgopolov.