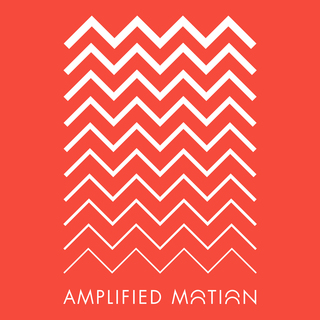 
Adam Capek and Michal Ratveisky teamed up as producers in year 2011. Until then each one was producing music on his own - Adam as Amplitude and Michal as BlueMotion. Under alias "Amplified Motion" they produce music from year 2013 and basically all genres of electronic and almost all genres of nonelectronic music, beginning with drum and bass (which was their first genre they were producing) through hip hop, trip hop, nujazz and funk.

Their first track was released on British label "Vibration Records" as a part of compilation "Vibration", which was released on CD and also digitally. Next releases were drum and bass tracks which can be found on Michals album "Kiss The Stars".

Both of them are the owners of label called "Reverse Audio Group" on which they are currently focused. On this label they release mostly their own tracks but they are also trying to sign more producers especially from Slovakia.

On December 2015 they finished their debut album called "Syty Freestyle". For Adam it's his first LP. Michal has already released 2 studio albums before - the already mentioned "Kiss The Stars" and before that it was an LP called "Stay Forever" which also got nominated for Radio Head Awards here in Slovakia.

The new album is a mixture of all music genres which guys love. Album was in the making for about an year, but last month was the most intense. Many talented MC's are featured on the LP, namely "Lyrik", "Tuko" and "zAchy Art's" and also very talented singer "Witty"