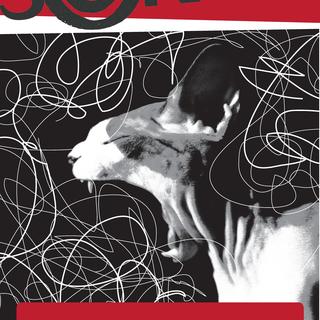 Born in 2005, Soraia epitomizes raw power, unrelenting energy, chaos, and freedom. ZouZou Mansour and Travis Smith are the core of this group -- their songwriting rooted in early garage rock with strong dynamics and melody -- and their live show: frenetic and intensely interactive. ZouZou has been referred to as "a true mix of Iggy Pop and Joan Jett" onstage.They have toured constantly throughout the US in their ten year career, playing the dingiest dive to the most massive amphitheaters, even opening Milwaukee's Summerfest in 2009. Venue highlights include playing their hometown stadium, Wells Fargo Center, as supporting act as well as opening for national bands at The Rave in Milwaukee as far back as 2006. Their songwriting includes four studio albums, one live cd, one EP, and countless singles. The last record, "Soraia Lives!" garnered their first #1 song with their attitude-laden, punk cover of The Kinks' "(I'm Not) Like Everybody Else" on rock radio in South America (Radio Doble Nueve in Peru) after spending 10 weeks in the Top 40. In addition, Little Steven Van Zandt's SiriusXM Radio Station "The Underground Garage" Channel 21 chose their previous record's single, "Love Like Voodoo", as the #2 "Coolest Song of 2013", and their Kinks' cover "(I'm Not) Like Everybody Else" from their latest record "Soraia Lives!" as the #5 "Coolest Song of 2014" (listeners' poll). In addition, both rock n' roll legends and deejays Bill Kelly, Genya Ravan, Kid Leo, and Michael Des Barres chose Soraia's single "(I'm Not) Like Everybody Else" among their favorite "Top Ten Coolest Songs of 2014".

Above all this, Soraia's ferociously energetic, intoxicating live shows are their trademark calling card, showcasing a will to defy and survive.