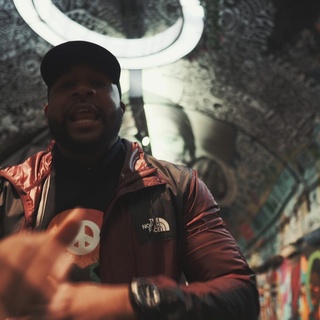 North London Lyricist Defreitas has been working on his craft ever since hearing Kool G Rap and DJ Polo Ill Street Blues. Learning flow and prose from the greats, he'd wear out mixtapes in his Sony Walkman having dubbed them from the plethora of pirate radio stations in the 90's.
Not content on getting into the studio before his time, Defreitas continued to work on his penmanship, slowly building a vast reel of work to source from.
His talents were soon discovered by Melanin 9 who saw the potential in the lyrics and flow and more importantly, the very deep social commentary Defreitas tries to share in his stories.
M9 put him in touch with North London producer DJ Drinks and the two began working on his debut, Obsidian Jewels, in 2019.