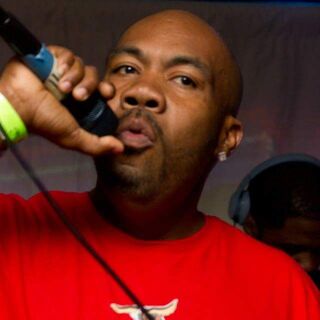 Rodes started his craft as an emcee seriously in 1994.The Chicago born lyricist is from the Wild Hunneds neighborhood which is known for it's strong pedigree of emcees. Big Nastee, Shawnna, 211, Litature & Mikkey Halsted to name a few. Rodes is no rookie in the industry; releasing C&R Wall-2Wall the EP. The album was a underground success. The 9 track album included classics like Suv's, Tanite, and Kicking Back. Production was held down by Big Stevo, Lawrence Mahone and the 7thson. Rodes and his partner in rhyme Changa Jawari (The Liqour Store Rapper). held it down creating a massive buzz in 2002 selling 5k independently. 2005 came and Rodes released his first solo offering "The Huntside". The 14 track album was received as an instant classic. The albums production included beats from Lit of Lit1 productions, The 7thson, Big-O and Lawrence Mahone.The album had vivid street tales and excellent storytelling along with outstanding hip-hop. Flix, Wild 100's, The Promise and The Streets featuring Clarence Jones and Changa Jawari really stand out. Rodes did not disappoint fans or critics with the release. The album is available on Itunes if you missed out. Waisting no time Rodes was working on his Sophmore effort "Self Preservation" 14 tracks including two bonus tracks which total 16 all together. Some of the hottest up in coming producers show up on "Self Preservation". Lit, Haz, Buffet Boy, 7th son and Lawrence Mahone.Only two features on this feast. Moet & Trilla of AMN and Maintain, Litature, Phron and Sonny Batts come through on Hit'em and Infamous Shots. Rodes decided to hold down his album for dolo spitting on 95% of his joint. The Chicago native stepped it up for his hometown. After taking a five year hiatus. Rodes is back with another album which is yet untitled. With over three albums worth of material Rodes is focused.