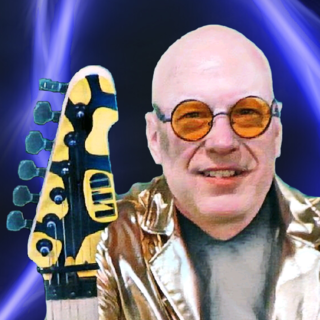 Christopher Rippel
Phoenix, Arizona
0Projects
Bio:
Christopher started playing guitar and Trombone at age 7, started his first band and played out at age 13. He also had a reel-to-reel tape recorder and started recording about this time as well. When one of his band mates was playing Bass Guitar, he realized he could play the Bass better than him, so he switched to Bass as his main Instrument of choice. While in High School, His band played all the local High Schools which no other local pop bands at that time have done.
In 1982 he met a band named Siren looking for a bass player. Stan Zotas, Scott Reich (Scot Free) and Jon Rajer. They recorded a studio album at Solid Sound, a 24-track facility in Hoffman Estates, Illinois that was never released. Through out the 1980’s and 1990’s he would record original material with the help of his old band mates sprinkled in.
During the early1980's he owned and operated RPS Sound Systems. (Rippel Production Sound). It was a live club traveling sound system for local bands. Mid 1980’s he started Looking Glass Studios, and now his reel to reel was a Fostex 16-track recorder that ran on ½ inch magnetic tape. He recorded local bands in his home based facility.
In 1998, he acquired new digital recording equipment and Looking Glass Studios went digital. No longer recording local bands, he used it for himself. Renamed Looking Glass Phoenix.
In 1999 he found himself another band needing a bass player. This consisted of past band members Reich, and Rajer and a few others. Playing local gigs and occasional business parties.

Christopher also has a background of video editing and production. He produced his own music videos and has director credit on “The making of Jadestone”, which is a documentary about the production of the music and video of his song Jadestone.
Discography:
• Looking For Adventure
• Michigan Avenue
• So Far Away
• White Nights
• Best of…
• Jing
Additional Releases
• Arrows of Desire – Wax Admirals
• Nepotism – Kids In Music