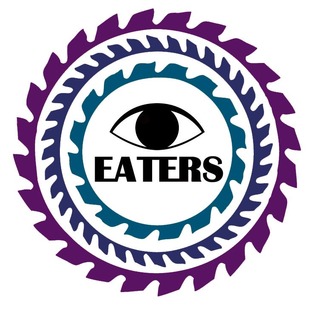 Laughing Gear has loved hip hop since hearing Sugar Hill Gang and the Fat Boys. He’s written raps since age 15. He’s battled in Nuyorican Poets Café, NY and was featured in the award winning beatbox documentary; Breath Control. He has also directed and edited the bands videos to date.

Quiet Man joined Laughing Gear in their first band back in '90, although his influences include metal and electronica. He added instrumentals to his repertoire, initially mixing with a 4-track recorder, and now favours Cubase to engineer and masters all Eaters releases. As Watchmaker, he has released two electronic instrumental albums.

Tuck Pendleton joined and brought an eclectic taste to the table. He produces more sample driven music, like early 90’s hip hop – pulling from all styles of music and experimenting with speeds and bar timings. Along with Quiet Man, he produces Eaters’ vocal projects and has produced two instrumental albums.

Starting out as The Pesky Varmints the band released their first 12” – Superhuman Colosseum – in ’99 through CID Records and supported Jurassic 5 and Coolio. But before they could finish their first album they imploded. Eaters formed from the ashes in 2000 and have been making music ever since.