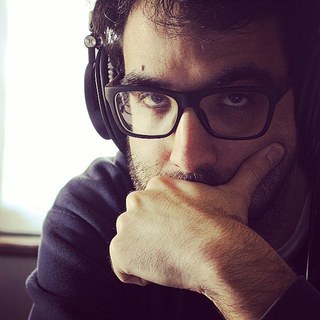 A Thousand Details is Gustavo Lima, owner of Reaktivate Records and his self-release platform Wretched. Inspired by Industrial and Metal sounds like Nine In Nails, Marilyn Manson, Tool, Electric Wizard, Soundgarden and by Techno producers like Regis, Makaton, Fanon Flowers or Surgeon.

The project doesn't have a genre by itself or a definition. Neither wants one. It's a musical exploration in the realms of sci-fi, city sounds, industrial and machinery, eerie and mysterious soundscapes. Drones, Atmospheres and dark beats are the main elements of choice for his music. The recreation of hypnotic sensations, dreams with a blend of aggressive beats and distorted sounds. Sometimes it’s adequate for the Dancefloor some times it’s not. It’s creating with passion. Words can't describe what sound is really about. It’s the finest expression of the soul.

The first appearance of A Thousand Details was on Reaktivate 2nd Vinyl release with Portuguese experimental duo Sturqen. The beginning of a journey. A release with original works from both artists and remixes from Orphx and Casual Violence. Later in the year the full album will come out on digital and CD. More works are going to be released through 2015 on different labels.

In 2015 Gustavo Lima also released a new project as Solar Debris with an approach to experimental, ambient sound on Reaktivate Records.