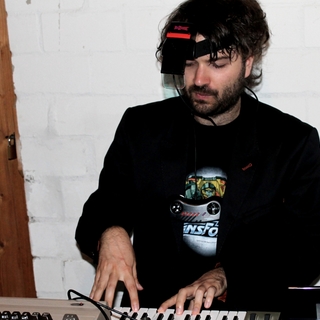 Remute is not just the owner of the www-domain 'Techno.xxx', but also for sure one of the most productive, energetic and eclectic protagonists of this genre:
Since his teenage days the Belgrade-born producer released his music on legendary record-labels like Tresor, Traum or Bedrock and sharpened his reputation as a creator of unconventional, but sure-shot-dancefloor-fillers!
Besides countless worldwide gigs at festivals, raves and cult-clubs like Berghain, he is also a very well-known and popular remixer for artists like Kid Alex aka Boys Noize, GusGus, Justin Robertson, Daniel Avery or Solomun; furthermore he is still the world record holder concerning the longest remix (60 minutes of pure acid-madness for 'Oculus' from Iceland!) in dance-music-history. His own productions got remixed by artists like Paul Kalkbrenner, DJ Rush, Snuff Crew or Legowelt.
Remute had his final breakthrough in 2008 when he launched his own, self-titled, label 'Remute' :
Its first release 'Zuendli' triggered an unprecedented wave of techno-euphoria and the catchy, thrilling helicopter-sounds caused clubber's jaw clenching and teeth grinding for many years.
More distinctive releases followed in the 2010s like 'The Orgy' (including a sample of his own blood with each of the limited album editions), 'Cowbell Mania', ''Lampuca For Me' (thanks to Erol Alkan's heavy support on BBC a massive genre-bending hit) or his 2013 album 'Theme Tunes For 10 Games Never Made' which successfully built an overdue bridge between videogaming and clubbing (just listen to its lead-track 'Gravity?') and made Remute tour the world with synth-modified gameconsoles and Commodore Amiga homecomputers...
In late 2014 he once more proved his versatility and released a quasi-official, let's say fan-made, 'speculative mixtape'-album via the US-synthwave-label Telefuture called 'Yoshiwara' which tries to provide a retro-futuristic electronic soundtrack to the infamous nightclub of the same name from 'Metropolis'.